Self-medication: Students turn to substances to cope with stress, depression 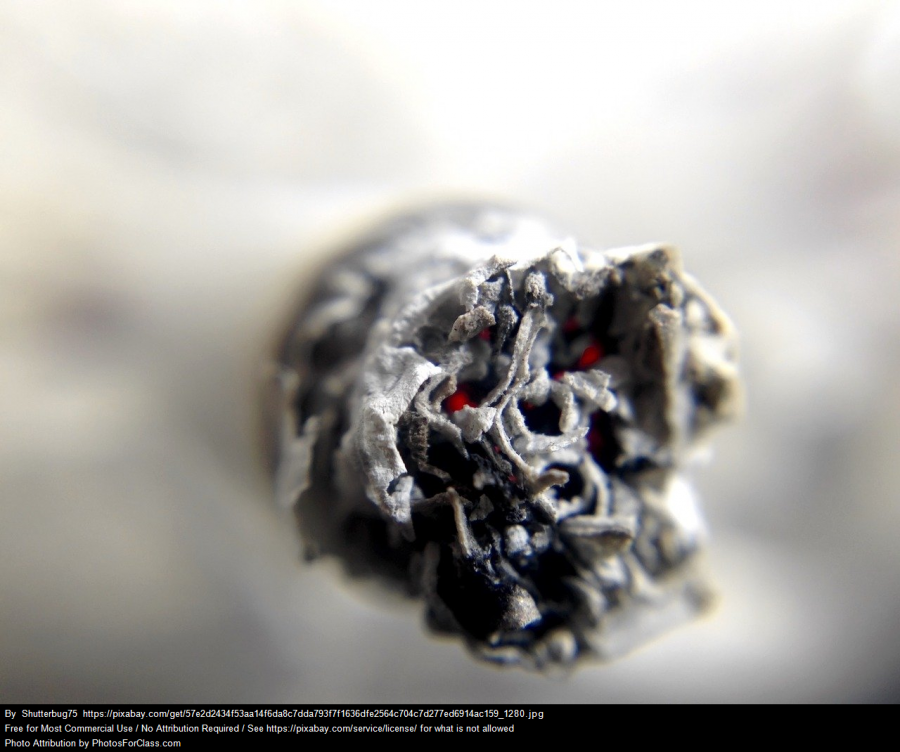 Many students at Richmond High School use marijuana — or at least think that everyone else is using it.

For some, marijuana is used to deal with stress, depression, and anxiety. Others see it as a normalized activity to do for fun, wanting to fit in and not seeing the consequences of the behavior.

Two-thirds of RHS students smoke marijuana according to a 2018 survey of 107 students by Lindsey Stone’s statistics class.

Sophomore Julian Lopez thinks it is a lowball number compared to actual student consumption, which he estimates is closer to 80 percent. Another senior, Jackie Martinez, also believes the statistic is higher, in the 70 percent range.

Some students say that school is one of the largest causes for their problems while others would say it’s issues at home.

“I would smoke almost every day, once or twice a day, just to do basic daily routines like brushing my teeth, going to school, and do homework,”  Gerardo Cervantes, a senior in the Media and Communications Academy, said. He said he used marijuana as an escape from stress and to deal with his mental health.

Chris Pena, a senior at Richmond High, used to self-medicate to deal with stress and personal problems at home. He said he used marijuana constantly because it was one of the things that would help him focus on his work.

Lauren Liu, a CIS counselor and therapist, helps many students with different issues such as problems at home, school stress, and trauma. She believes that some of the reasons students may self-medicate are self-confidence issues, school stress and relationship problems with family and friends.

In her experience as a therapist and counselor for students at RHS, she has seen about an equal number of boys and girls looking for help with personal issues.

“Folks are in a lot of pain, and they smoke weed to cope,” Liu said. “We need to cope to survive. [What] students need is self-awareness to empower themselves to make better decisions,” she said.

Eventually, both Cervantes and Pena realized that smoking marijuana wasn’t the most healthy way to cope with stress.

“I eventually stopped when I realized I was not myself,” Cervantes said. “I started having a lot of anger issues for no reason and I would be constantly angry whenever I wasn’t high. I started to slack on my work and I realized that I’m a role model for my brothers and I can’t let them follow in my footsteps,” he said.

For Pena, instead of easing stress, marijuana became an obstacle because it became so addicting and he couldn’t focus on work.

“I don’t think self-medicating is a good thing to do,” Pena said. “Eventually it will become addicting and it will make you even less productive.”

FITTING IN: IT’S A ‘NORMAL’ THING TO DO

There is a common belief amongst students that smoking is normal and everyone is doing it to fit in with others. Several students echoed this sentiment.

“Smoking weed is normal in Richmond and students just want to be cool nowadays,” Martinez said.

“My older siblings smoke marijuana, so I’m used to being around pot heads,” said Julian Villareal, a senior in the Media and Communications Academy.

“I just feel that we focus more on having fun and being cool than focusing on school,” Lopez said.

In fact, most of the school’s suspensions are a result of marijuana usage on campus.

Hatcher said that students smoke because they want to prove that they belong.

“Most students use marijuana due to peer pressure. When I suspend students, I provide counseling, but only a few would listen to old people like me,” he said.

Some teens may actually believe marijuana is helping them deal with their problems. Others are more self-aware of the harm and know marijuana only helps them escape their problems, not face them head on.

“We need someone to knock some sense into us before we get into bigger problems five years from now,” Lopez said.

“[Everyone knows] it is illegal,” Martinez said. “Increased effort from the police would have kids think twice before doing anything stupid.”

“I feel the school needs you guys as role models,” Hatcher said. “Do good and the youngins would follow.”