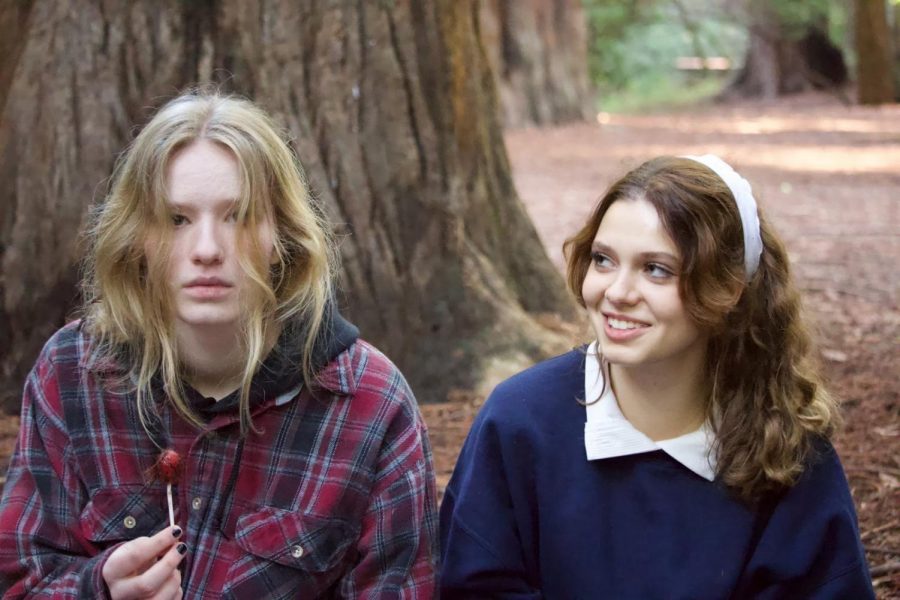 The show must go on, even in the midst of a pandemic. While most students only engaged with their classmates over Zoom before the implementation of the hybrid schooling, a group of students found a way to safely work together to develop a masterpiece.

Beginning  in drama class, the members of Fireball Productions were wary yet excited to take on the prolonged project. Director, writer, and producer Navarro-Marsili was the first to introduce the idea of creating a film to her teammates.

“At first, people were a little hesitant because I expected so much from them and had this giant plan, but they soon trusted me and saw this vision. Shortly after, we formed a cohesive group after a weekend of shooting,” Navarro-Marsili said.

“Bridge to Mantua,” inspired by the classic book and 2007 film “Bridge to Terabithia”, was, as Fireball Productions called it, “A modern Romeo and Juliet story.” Navarro-Marsili’s spin on Romeo and Juliet, which involves strong symbolism and tells the story of two girls who developed a close bond, despite coming from different social classes and families who despised one another. Romeo (played by Navarro-Marsili) and Juliet (played by Hamiti) fall in love, but, following the Shakespearean tale, both face a tragic ending.

After pitching the idea and beginning the challenging process, a significant commitment was required from all six members. “‘Bridge to Mantua’” took a while to make. We had rehearsals for around seven hours a week!” Spencer said. As weekend practices became ingrained into each student’s schedule, the group developed strong bonds and lasting friendships. “The biggest struggle our group faced continually was just trying to stay on task and get the work finished. It was extremely difficult to be productive when we all enjoyed spending time with each other so much, and we just couldn’t stop laughing and messing around,” Edmister said.

Like any new project, challenges emerged. “It was everyone’s first film, so we learned as we went. We learned how to use the camera, how to act for the camera, and, for me personally, how to edit and the whole experience of directing, writing, and producing,” Navarro-Marsili said. The group filmed even in the cold, rainy weather, not wanting to waste a day’s worth of work.

Despite the difficulties the group encountered during their process of producing, Fireball Productions successfully created their 30-minute film, which received over 7,000 views on YouTube within three months of its release.

Proud of the final product, the students of  Fireball Productions are motivated to continue their love for filmmaking and acting as they plan to produce a variety of new films, including a coming-of-age film and horror short. Along with their future films, the group hopes to create an official Fireball Productions club at Miramonte next school year.

Experiencing firsthand film production has encouraged members of Fireball Productions to potentially pursue acting or filmmaking in the future. “Admittedly, before this project began, my passion for drama had been dwindling due to the lack of exposure I had over quarantine, but once I got a taste of film production, I fell in love with acting again and would love to continue doing this in the future!” Edmister said.

The members of Fireball Productions agree that their interest in drama and filmmaking has expanded after producing “Bridge to Mantua.” “I’ve always known I wanted to act since I was about nine, but this experience has only strengthened that. I am now confident in my ability to write and direct as well, so I hope to pursue a film and acting career, along with writing and directing,” Navarro-Marsili said.

Reflecting on their experience, the students of Fireball Productions hope to inspire and motivate prospective filmmakers and actors to take on ambitious challenges. Through dedication and enthusiasm towards the project, the group achieved their goals and absorbed valuable knowledge that can be applied to their futures. “Everyone has access to these things; you have the resources to make a film if you want to. You just have to really want it, not waste any time thinking about how you want to do it, and just do it. Art doesn’t get done in your head, because art tells you what it needs to be as you go about the process of doing it. The essence is in the action,” Navarro-Marsili said.