Boy were we wrong

How will history books look back on 2020? 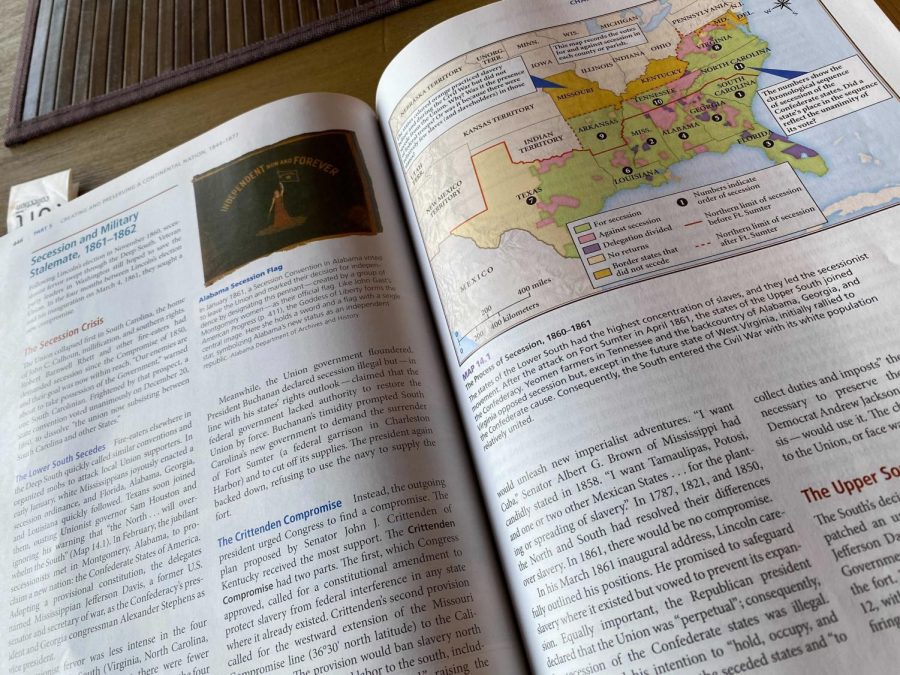 As the future generations peer into their history textbooks, a certain page will catch their attention.

This one is different from the rest. It does not show pictures of faces or wars, but instead pictures of masks and protests. The year 2020 is one that will permanently stain the textbooks and memories of the people.

It all started nearly a year ago on March 13, 2020, when students were questioning whether they had an early spring break or if they would go to school as normal. Little did they know that this two-week vacation would turn into a year of insanity and unprecedented events that’s still experienced today.

“The beginning of a new era” is what many people have started calling life after the coronavirus. No one thought it would get this serious when hearing about it on the news in January of 2020.

Boy, were we wrong.

After the first case of the coronavirus was documented in the United States on Jan. 21, 2020, things started to heat up very quickly. After about a month, former President Trump declared COVID-19 a national emergency, causing schools and workplaces across the country to immediately shut down.

“[The coronavirus is] so unique to certain generations and not a lot of people face it, and that’s the beauty of something so negatively impacting to the generations,” sophomore Bonisha Maitra said.

So, there is light amongst the dark. This virus can be seen as a way for people to progress and learn how to respond better and more efficiently if something like this happens again.

Although there were a few positives that came out of the pandemic, the majority of people will most likely remember the pandemic under a pessimistic light. The U.S. death toll of 527,000 and counting is obviously the worst to come out of this. Add to that the loss of millions of jobs, the closure of schools and a lack of social interaction, the pandemic has been historically devastating on many levels.

For students, in particular, different classes lost activities that they had been looking forward to for years. Graduations, promotions, dances, and field trips all came to a halt causing a lot of distress among students.

“But over the past year, I think it’s just been missing those milestones, or those gatherings, those events,” freshman Raza Ali said. “Even at the beginning of high school, orientation was mask, six feet, all of our standard precautions.”

It is difficult to not have the same activities as students or people would regularly, but these new experiences are something that no one else will go through. These are the types of events that will be remembered because people adapted to a whole new world.

Although the pandemic seemed to be the crisis that set off the series of events, it actually started at the beginning of 2020, with rumors of World War III. Almost in parallel, 2021 began with threats of the Civil War due to the Capitol riots that took place on Jan. 6.

The presidential election between Donald Trump and Joe Biden was one of the most thrilling yet exhausting events of the past year. The online voting options, the accusation of corruption, and the responses to Biden’s win mark this election as a huge turning point in history.

“I’m fearful that it [Capitol riots] shows the fragility of our own system,” history teacher Scott Hodges said. “And how much divisiveness there is, in a lot of different ways in our country.”

Many others agree that the divide between American citizens is one that could potentially make or break the current system. There is a deep sense of uneasiness toward people with contrary beliefs.

The Capitol riots seem to have been the last straw as people begin to question the status of America.

“I think that’s [America being a top world power] slowly starting to crumble,” history teacher Benjamin Andersen said. “The United States is going to have to take a step back as the world power and have to compete equally with other nations in the world.”

Last year enclosed many turning points, another huge one being the Black Lives Matter (BLM) movement. Starting with the spark of awareness due to George Floyd’s death in May of 2020, the summer became a time of pushing toward change.

Between May and August, the Armed Conflict Location & Event Data Project (ACLED) reported that there were more than 10,600 protests around the country in connection with BLM. This is an enormous amount of participation throughout the country and marks this movement as one of the largest protests in American history.

Although this movement was widespread, there is a difference in opinions about whether they made a positive impact. Some might view the BLM protests in a negative light, but others believe that this was the mark of change America needed.

“People who are truly understanding of the amount of oppression that these people have faced, those people would understand that the BLM movement was a completely positive impact and a positive change towards the right direction,” sophomore Bonisha Maitra said.

The future of our country and the world have been forever changed because of this last year. The pandemic, election, and influential movements were daunting at first but became crucial for generations to come.

As future history books are written, the year of insanity will not be forgotten.