Students continue from Miramonte from hundreds of miles 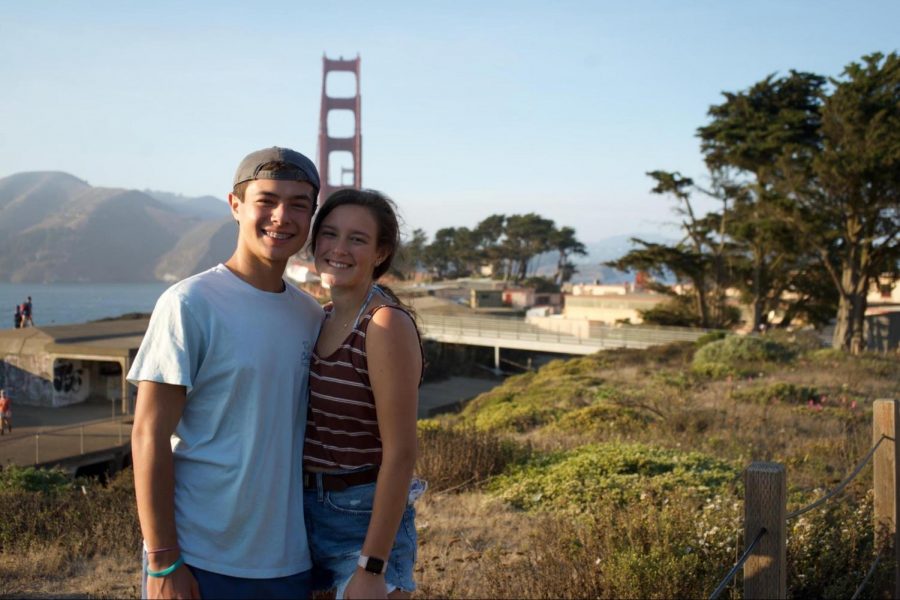 Flying over the Bay, you watch the place you once called home drift further and further away into the distance. In the plane’s cabin, scattered individuals wearing masks distance themselves from others as they prepare for the long plane flight ahead. Resting beside you, your bags are stuffed full with a plethora of your belongings, causing you to wonder what your future will look like in your new home.

Nearly 16 million people moved from February to July during the coronavirus pandemic, according to the United States Postal Service change of address data. Many Miramonte High School families were included in this list and ventured out of Lamorinda, some moving out of state or even internationally.

Junior Jane Callister described her experience moving out of California, starting a new school, and adjusting to the new changes living away from the Lamorinda community: “I just recently moved to Utah in the summer. I go to Alta High School where I played tennis on their team and am currently on their swim team. I was super nervous to move to a new state with people I didn’t know, but being a part of the sports teams has helped me a lot and I’m close with a lot of those people. I’ve noticed that Miramonte has a lot less people than Alta, which personally I like better. Even though I miss Miramonte and the people there, I’ve adjusted better than I expected.”

Before the pandemic, moving long distances typically meant transferring schools. However, as many schools have been forced to teach remotely, students such as Miramonte  junior Elena Gant are able to remain at the same school while living thousands of miles away.

“I moved to Truckee, California, however, I am still attending Miramonte,” Gant said.

Gant recognizes both the positive and the challenging aspects of moving to Truckee: “Living in Tahoe has helped me focus more on myself and spending time with my family. Moving out of my house was definitely hard and I miss it and living in Lamorinda a lot. I frequently have to drive myself down for doctor’s appointments, extracurriculars and seeing friends.

“I had a hard time adjusting and moving out of my house at first because I wasn’t sure if my family was going to come back to Lamorinda. I am also not able to attend some of my extracurriculars like golf and lacrosse at home. I miss my teammates a lot and hope to see them soon,” Gant said.

While some pandemic refugees remain within the United States, others have moved overseas, including junior Peter Aroner.

Reminiscing in old memories in Lamorinda and at Miramonte has allowed Aroner to look forward to creating new ones in Europe. “I moved to London and am now attending the American School,” he said. “There are surprisingly many similarities between Miramonte and my new school.  The classes and the school’s atmosphere are relatively similar. The main difference I see is just the overall culture of the school. The language, trends, etc. are different compared to Miramonte. I have not taken part in many extracurriculars, but many of them have been postponed due to the pandemic.”

As Aroner familiarizes himself with London, he tries to maintain his Lamorinda friendships as well: “The thing I miss the most about Mi- ramonte is being able to hang out with friends on the quad. But, that’s something that no one really has been able to do for a while now. Living in London has been difficult for me. Joining school mid-session, leaving family and friends, and living in a new country have been pretty tough. Nonetheless, I am very lucky to have people that are always here for me.”