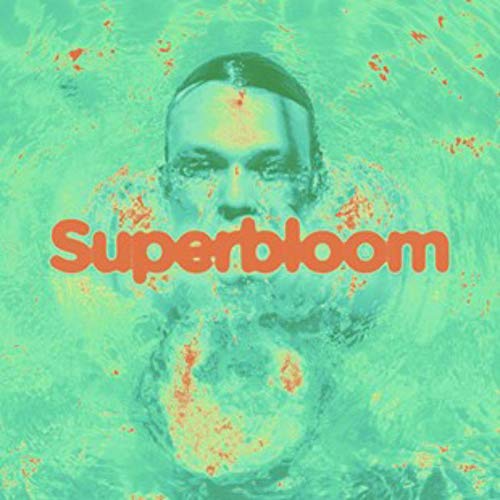 Twenty-six-year-old Australian musician Ashton Irwin has released his debut album, “Superbloom,” a passionate and unorthodox 10-track record about Irwin’s struggles with overcoming his demons and finding his identity.

Irwin is best known as the drummer for Australian pop rock band 5 Seconds of Summer, one of the country’s most acclaimed music groups. The band was formed in 2011 and has received commercial success around the world. But the raw feeling of “Superbloom,” released Oct. 23, shows a strong departure from the crisp sounds of his band, showcasing Irwin’s musical talent and versatility in a way never seen.

While Irwin was quarantined in his Los Angeles home, writing his first solo album was the perfect creative outlet. Irwin lives with his friend and producer Matt Pauling, and they collaborated on almost every step of the process. With creative assistance from Irwin’s partner, photographer and graphic designer KayKay Blaisdell, they were able to independently release and promote an album from home in just over six months (Irwin is not signed to a label, though his band is signed to Interscope Records).

The album’s tracks center around Irwin’s personal struggles with depression, anxiety, alcoholism, and his career. However, they are told from an angle of empowerment and overcoming those struggles, which makes the album invigorating. For example, “Scar” is an ode to Irwin’s mom and younger siblings and the challenges they faced together, while the orchestral “Sunshine” is about self-care and appreciating the small things in life.

Irwin summarized the album’s theme in an interview for Rolling Stone Australia. “The overarching narrative of ‘Superbloom’ is a support system, healing, recovery, strength and focus on true self,” he said.

The  lead single “Skinny Skinny” is the most stripped back song on the record, both in its musicality and the vulnerability of the lyrics. On the guitar-driven, folksy track, Irwin sings with sharp honesty about his and his younger brother’s struggles with body dysmorphia. “I wanna eat, I wanna stay thin / I wanna dance but I gotta stay in,” he laments.

“If I can leave this world helping people love themselves for who they truly are underneath their skin, then my job will be done,” Irwin said in “Superbloom: A Live Concert Film,” an online concert he held on YouTube.

Another standout track is “Greyhound,” in which Irwin ascends to his full potential as a rock artist. With a duration of more than six minutes, the song starts slow, but builds to a giant chorus with a strong guitar solo from Pauling. This track most closely mirrors Irwin’s classic rock influences, and the grungy, one-take rock screams highlight Irwin’s skill as a vocalist.

The song’s title references a greyhound trainer Irwin knew as a child, and the horrifying cruelty the overworked dogs face. In an Instagram livestream to celebrate the release of “Superbloom,” Irwin explained, “[Greyhound] is about finding clarity. We give our lives away to corporate entities [and] to things that aren’t always reassuring and refueling … We waste away. We work and get stressed and more stressed, and then it’s over.”

Part of the magnetic charm of “Superbloom” is that it feels so unlike any other sound in mainstream music today. It’s impossible to label the record into just one genre with its unique blend of alternative rock, metal, pop, ’80s-influenced hard rock and even folk.

Irwin listed the bands Foo Fighters, Failure, My Bloody Valentine and Deep Purple as rock influences, while the album’s soft, acoustic sounds were inspired by Nick Drake and Cat Stevens.

In an article in Spin magazine, Liza Lentini writes, “[Irwin] has managed, against all odds, to reinvent a sound you think you know into something new and distinctly his own. The result is a melodic tapestry of decades-past influences, something you can’t quite put your finger on, and the delight is in the discovery.”

With the album made at home, Irwin and Pauling got creative with the production and implemented creative quirks, utilizing harps and other non-traditional instruments, and adding eerie sound effects in the closing track “Perfect Lie.” Though the mismatch of sounds and styles throughout the album can be disorienting, they also help to define the record’s character and complement its theme of individualism.

Much like how you cannot be familiarized with a stranger after just one conversation,“Superbloom” is not an album that can be fully appreciated after just one listen. In its essence, the album is an autobiography, though Irwin’s deliberate voice and lyricism are empowering for anyone who listens.

Irwin will continue to tour and create music with 5 Seconds of Summer, but future solo records are not out of the question. However, Irwin has crafted a heartfelt debut album that solidifies his place as a solo artist, a creative force and storyteller.