What are your pronouns?

Respectful way to find out how to refer to people 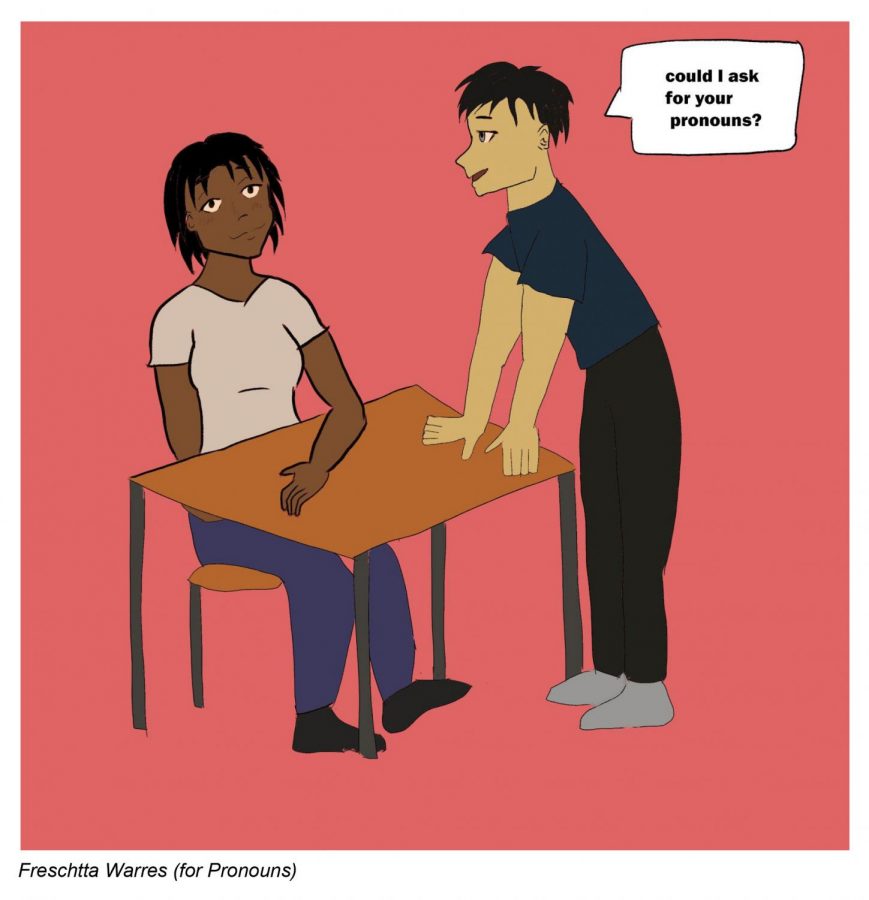 That question catches so many people off guard, for no reason other than a person is asking how someone else would like to be referred to by other people.

That’s all pronouns are: a way to refer to people. Pronouns aren’t political, they’re not socialist, they’re not radical; they’re grammar, and they’re a sign of respect.

Before the argument even starts, they/them pronouns are grammatically correct; Merriam Webster, the College Board, and societal language change determined this. Society changes, language changes, and people change with it or they get left behind. You probably use they/them pronouns every day without even realizing it. When you don’t know the owner of some item you might say, “I wonder who left their jacket” or if you’re looking for somebody you might say, “What do they look like?”

Pronouns show respect and the correct way to refer to people to avoid misgendering them, and, furthermore, invalidating their identity.

Asking people their pronouns not only allows you to be sure you’re referring to someone correctly, cisgender or transgender, but it reinforces a transgender person’s identity and makes society a little more inviting to such a marginalized group. Asking someone’s pronouns is especially important to non-binary people because our modern society is binary and they/them pronouns must be specifically asked for.

Putting your pronouns in your bio or description for social media helps transgender people avoid being singled out by transphobes. It is a way to further normalize pronouns and it makes the internet more inclusive and safe.

When people do not respect transgender people’s pronouns, the effects can be drastic. First, taking into account the discrimination, oppression, and overall not-so-kind life that many transgender people face, asking pronouns is just one kind thing you can do to make someones’ day. Being misgendered or dead-named (using a name that a person used prior to transitioning) can contribute to gender dysphoria, which is when a transgender person feels uncomfortable with their assigned gender at birth.

However, this can be prevented with nothing more than a little kindness. According to the Family Acceptance Project, LGBTQ youth are almost 50 percent less likely to attempt suicide when their families are accepting of their identity. The effects of acceptance are massive and a major part of that is using people’s correct pronouns and normalizing asking pronouns.

If you change the way you refer to transgender people, with both pronouns and their new name you’re bound to make mistakes, and that’s totally normal. If you mess up, correct yourself, move on, and don’t make a big deal out of it.

Next time you meet someone new make sure to say your name and your pronouns.

A final note: As we begin a new school year through distance learning, the learning management system Canvas has the option for users to put their pronouns next to their name. This makes schools more inclusive and more equitable for both transgender and cisgender people. To put your pronouns in your name go to Canvas > account > settings > edit settings > and choose your pronouns.