Racist incidents lead to an emphasis on Equity Squad 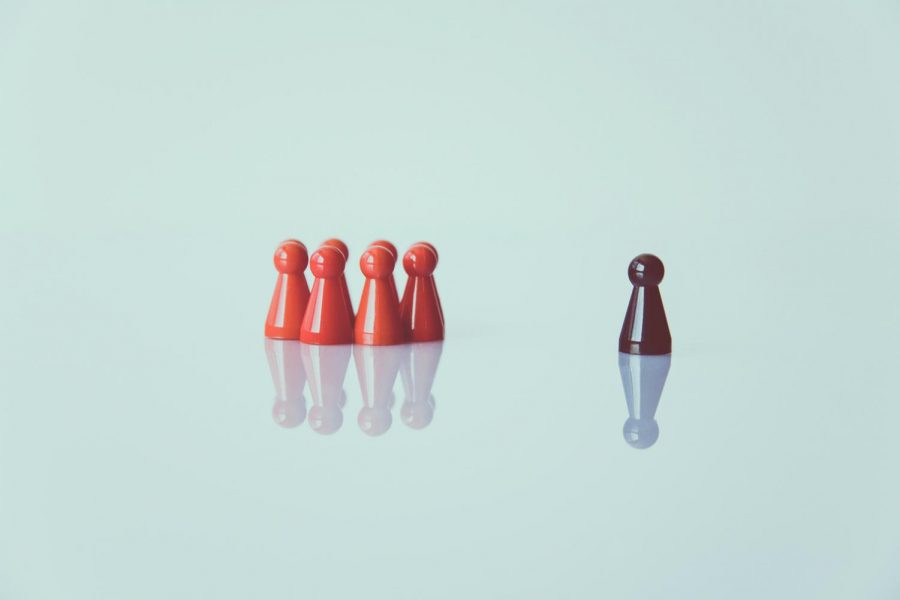 Photo by Markus Spiske on Unsplash

Students refuse to open a classroom door because a person of color touched the handle.

A teacher tasks students to translate between Ebonics and English.

These instances occurred late last year at Monte Vista High School and prompted the principal to email parents on Dec. 6, 2019, encouraging them to discuss racism with their children at home.

But then a Twitter video was posted where a Monte Vista student and signed and said the n-word to an African American male online. Principal Dr. Kevin Ahern sent out a second email Dec. 18, 2019, and the school decided more needed to be done.

“Unfortunately, it sometimes takes a noticeable incident for people to realize racism is a prominent issue, but it happens all the time in reality,” said sophomore Iziyah Robinson, a member of the Black Student Union (BSU). “You don’t often notice the sparks of comments in casual conversations.”

Senior Jordan Scates, also a BSU member, feels that “many students are blinded by racism because it doesn’t happen to them.” As a result, some students may overlook the issue due to the perceived distance.

These incidents are not the first sequence of racist and hate events at Monte Vista and the surrounding community. Four years ago, the words “colored” and “white” were scrawled over urinals in one of the men’s bathrooms. Additionally, swastikas repeatedly appeared on classroom desks.

Though these two events occurred a few years ago, students and teachers say that the underlying issue is apparent and continuous. According to the school’s website, Monte Vista’s student demographic for the 2019-2020 school year is: 60 percent Caucasian, 18.8 percent Asian, 8.7 percent Hispanic, 0.6 percent African American and less than 12.8 percent Native American, Cambodian, Guamanian and Pacific Islander. This racial disproportionality increases the difficulty of grappling with the issue.

Robinson, who is African-American, said when he moved from Seattle to Danville in his freshman year, he had to adjust to this different environment.

“Initially, people didn’t directly use slurs to my face, but earlier this year, I was called the n-word by a student who was trying to use it to be funny,” Robinson said. “It was a shock to me because it was my first incident, but I’m aware the n-word is frequently used here.”

The Twitter video not only attracted the attention of Bay Area media but has led to a renewed effort by the school’s “Equity Squad.” This group was formed at Monte Vista 18 months ago in a workshop with Courageous Conversations, an organization that strives to help “people of all races achieve their highest levels and live their most empowered and powerful lives.”

A version of the Equity Squad exists at each high school in the San Ramon Valley Unified School District (SRVUSD), but each is built on the school’s desires and needs.

English teacher Kimberly Gilles, a member of the Equity Squad, said she is unsettled by the incidents that have occurred on Monte Vista’s campus.

“It is in some ways worse than I’ve seen it in 32 years,”  she said. “What’s happening now really alarms me.”

Robinson said he believes that the problem stems from people not being educated on or exposed to different cultures and ethnicities. Most of the time, students have established conclusions by the time they reach high school, so it is difficult to change those presumptions.

“In this area, it can be difficult to find fresh perspectives in regards to race,” he said. “At some point, you become certain of what you know. It’s challenging to change our mindsets and be untaught to hate because our brains become ingrained in particular thoughts.”

Educating students about their choice in using vernacular language is challenging when the same references are used casually in popular culture. Scates said he noticed the influence that the entertainment industry has on young people.

“When students listen to a song, read a book or hear celebrities use African-American slang, they often justify themselves to use it,” he said. “It’s hard to avoid these terms because nearly everyone listens to music, reads and watches movies.”

Gilles and her colleagues say they are determined to confront the problem and devise a solution.

“This is when we get busy,” Gilles said. “We don’t get bitter or scared and we don’t give up. We roll up our sleeves and get to work.”

Gilles and the other members of Monte Vista’s Equity Squad — English teachers Carrie Leadingham and Stephen Brooks and math teacher Anthony Peña — are partnering with educators in the district to gauge the student perspective that adults often lack and to build lessons on interpersonal communication.

“Administration probably only hears about a fraction of these incidents, and we are concerned that these infamous, individual instances overshadow the racist encounters that happen day to day,” Brooks said. “I hope we don’t ever get to the point where we think we’re done with our job because it is an ongoing struggle.”

Brooks and his colleagues have been meeting periodically with district board members and teachers to discuss issues of race and equity as they relate to teaching, learning and diversifying cultures of SRVUSD campuses.

“Our goal is to create capacity and tools for district staff to deal with issues that arise,” Brooks said. “These include how to have conversations with students about race and how to approach the tensions. We want to provide mental tools in the way we train ourselves to think and speak.”

Scates reflected on these new efforts, attesting that they will establish “a safer place” for all students at Monte Vista.

“More teachers should be addressing racism, so it’s reassuring that the Equity Squad is comprised of teachers who are willing to make an impact,” Scates said. “When students see teachers attempting to change the way we view one another, [we will collectively] promote equality on our campus.”

In addition to the Equity Squad’s agenda, Monte Vista’s Site Council met in December to discuss the episodes of racial prejudice and came up with propositions of its own. The Site Council consists of five students, five parents, nine teachers and members of the school’s administration. They convene monthly to share their concerns about the school’s climate.

“Parents discussed their frustrations at how racist incidents are still prevalent during the public comment portion of our meeting, and we plan to dive more into that,” said junior Rachel Eizner, a student on the council.

Teachers and parents at the meeting were discouraged that many students are not holding their peers accountable, Eizner said. When students feel that they can dismiss repercussions in smaller social settings, a chain reaction occurs which leads to surges of racist thought.

“I’ve definitely heard about racist incidents but never truly witnessed them because they happen in smaller groups where there are fewer consequences,” Eizner said.

Gilles said she hopes to forge the way to a place of deeper understanding for her and her students.

“I refuse to be complacent in racism by doing nothing,” she said. “If I do nothing and say nothing, I am complacent. I’m part of the problem. It’s time for [us] to assume some of the responsibility.”

The BSU said it hopes to initiate a support system for students of color and to educate students who have not experienced racial prejudice.

“Within the BSU, our goal is to leave a strong foundation to ensure that our voices continue to be heard for generations,” Scates said. “There’s very little we can do to erase racism, but we want to dilute it as much as we can.”